A road trip is never complete without some Dr Pepper. Never. In fact, if you’re drinking anything other than Dr Pepper you’re either a rookie or a Yankee. I know everything.

We went to Oklahoma. 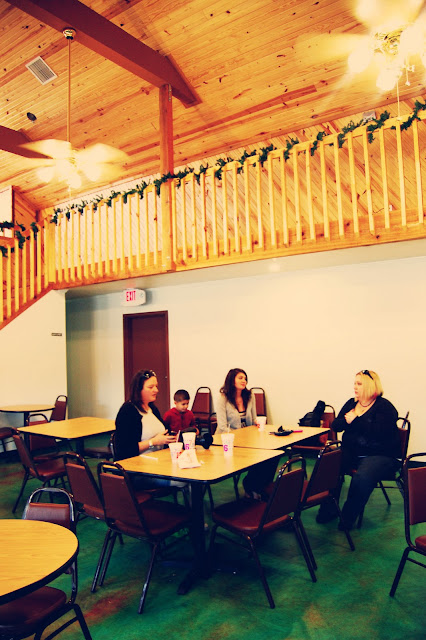 Nothing my friends. Wolfgang Puck ain’t got nothing on the Davis, Oklahoma Fried Pie Shoppe. 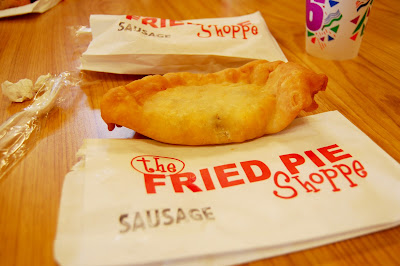 I don’t care if my arteries are screaming at me. I’m not listening. 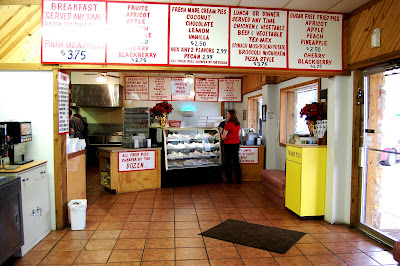 First we had to get there in style and that included three bloggers and three cars: Andie, Jamie, and me and a Chevy Tahoe, Equinox, and Camaro. Oh, and my four-year-old son who we would keep entertained with three letters: DVD. 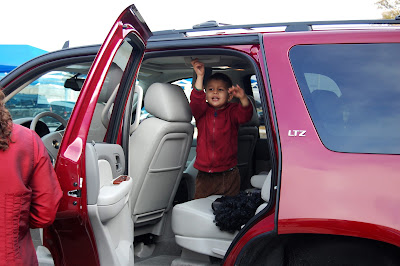 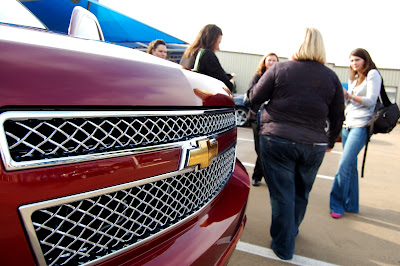 The first leg of the trip was getting from Denton’s James Wood Auto Park (where we parked our cars that morning) to the first reststop across the Oklahoma border right past the Winstar Casino. I took the big, beefy Chevy Tahoe. If everything in Texas is bigger, then the Chevy Tahoe ain’t no different. It’s roomy, comfortable, and big on style. It gets better gas mileage than comparable SUVs. It’s a little too much auto for me, but it’s perfect for a lot of folks.

Once at the reststop in Oklahoma, and after tweeting, 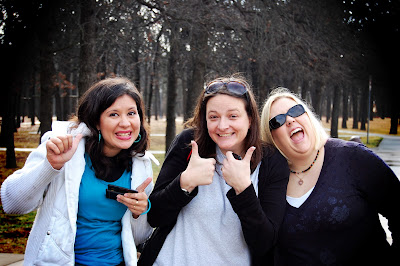 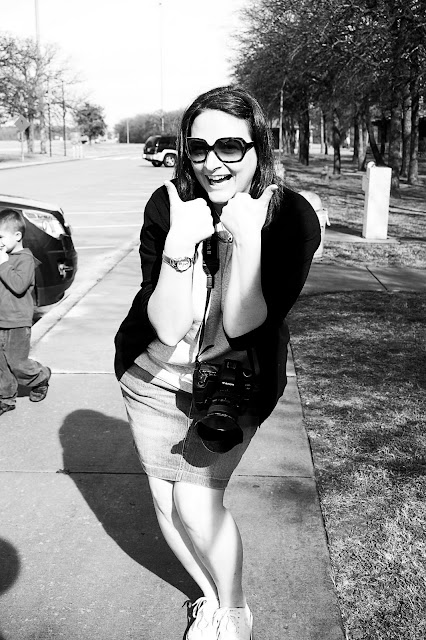 I love the sporty feel, the entertainment system, the OnStar Turn by Turn Navigation, the cargo space, the five seats, and the entertainment system. There’s nothing I don’t like about the Equinox minus the position of the locking mechanism (hello, it’s right between the two front seats on the console…I have three boys need I say more). However, if a little bad positioning of a lock button is all I have to worry about, then I’m cool with that. Still my favorite vehicle.

That is until I stepped inside the Camaro. 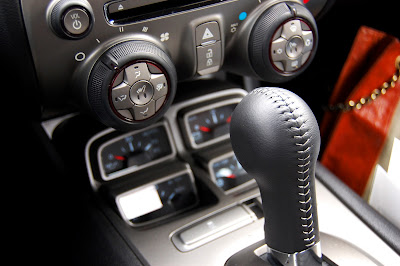 Proof a carseat and a kid will fit into the back of a Camaro: 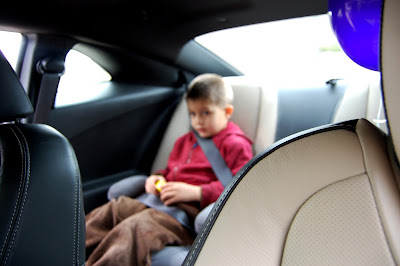 Proof that even though a kid will fit into the back of a Camaro–you may not want to try it: 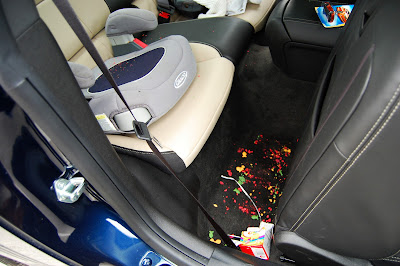 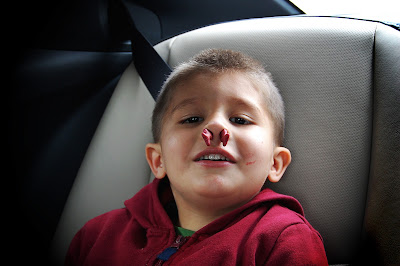 Proof that I drove the Camaro in style: 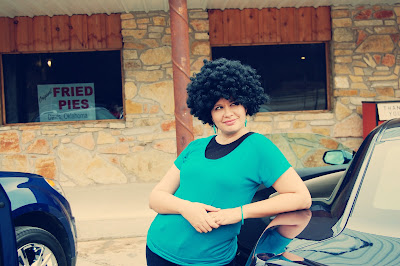 No proof that I may or may not have thwarted a highway patrolman outside Davis. Obviously he was paying more attention to the sheer aesthetic qualities and sportiness that makes a Camaro thus, instead of his radar gun. He didn’t even move off the median.

Either that or he was a little freaked out by a chick with a groovy fro. 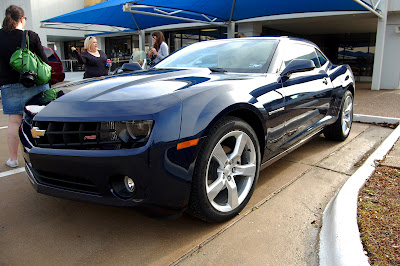 We drove on to the first travel center off I-35 into Texas and stopped at the World War II memorial. It was the perfect ending to our first Chevy Fried trip. I was late since I had to pull off twice at gas stations to let my little one out to use the restroom. We switched vehicles yet again and made our way back to James Wood Auto Park in Denton where I found my van to be miraculously detailed. I knew there was a reason I hadn’t scrubbed the crayon and barbecue sauce off the backseats and windows. Our first Chevy Fried adventure was worth it just for the clean cars. 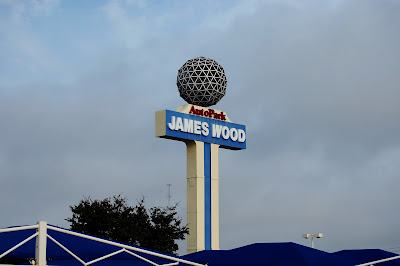 Oh, and the Davis, Oklahoma fried pies too.

Disclosure: I’m pretty sure it’s already obvious, but if not…Chevrolet/General Motors paid for our fried pies and loaned us the Chevy vehicles to drive for the day. They also gave my son two Hotwheels Camaro cars…I mean Corvette cars as I was so rudely corrected by same said son. James Wood Auto Park also kept our cars safe, detailed our cars for free, and gave us FREE Philips 7 inch digital photoframes as a gift.