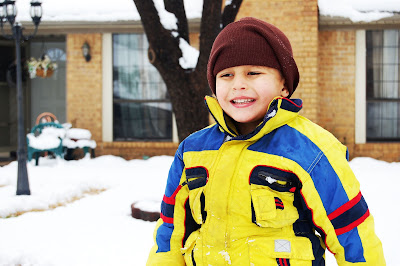 There’s no worse job in the world than to be a weatherman. It is my opinion that forecasting weather is just about as difficult as predicting my mother-in-law’s menopausal mood. Or my premenstrual mood to that matter. But weather forecasting may just take the cake. In fact, there’s two weather forecasters I won’t ever wake up to: Al Roker and Al Gore. Because apparently neither one of them can get the weather straight.

Thursday, North Texas saw record snowfall beating both 1917’s and 1964’s measurements of 7.8 inches of snow in any 24 hour period. We got 9.5 inches. Or ten. Or eleven. Or thirteen. Depending on who you were listening to. 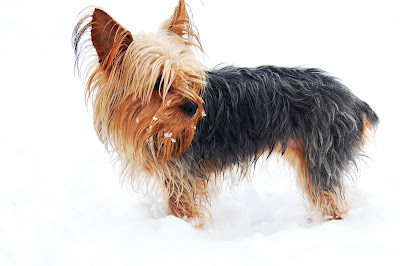 In any case, what does one do with Texas-sized snowfall accumulations anyway? Well, you could truck it out of city parks like we saw one guy doing. You could also totally ignore it and jog in your tanktop and short-shorts like I saw a very blonde lady doing. You could also be totally cool in more ways than one and rock out in your Baskin Robins best to advertise your ice cream shop. In the snow no less. Because that’s what Texans do after all. Right? 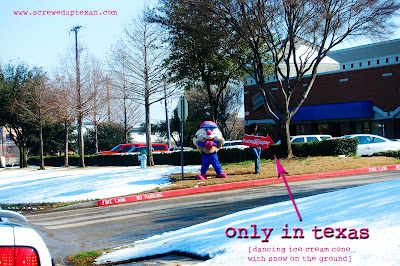 But the best thing to do, and what we saw most folks doing, was creating Texas-sized snowmen out of that fluffy white stuff. Like my neighbor’s seven foot snowman: 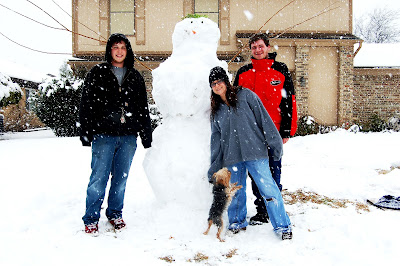 A random snowman on a road median (there were lots of these): 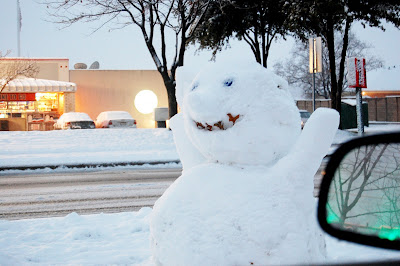 A very interesting snowman at one of the city’s parks: 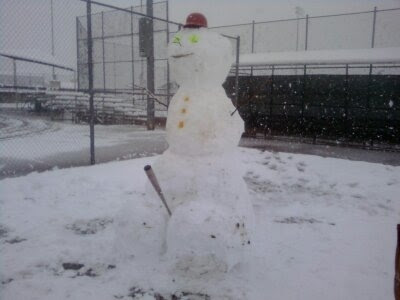 There were even snowpigaroos–that’s a cross between a pig and a kangaroo in case you wondered: 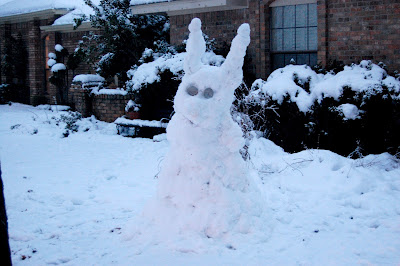 Our family however did as we did best and made our boys’ favorite: the four foot high snowturtle: 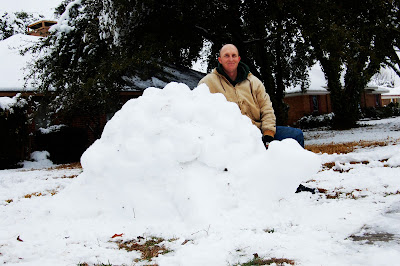 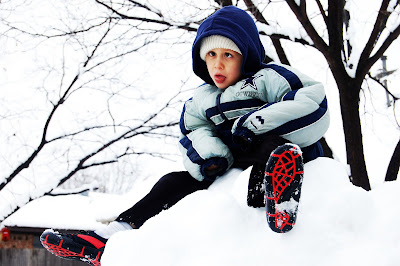 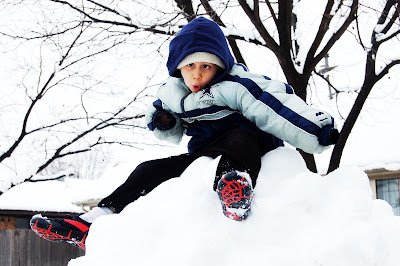 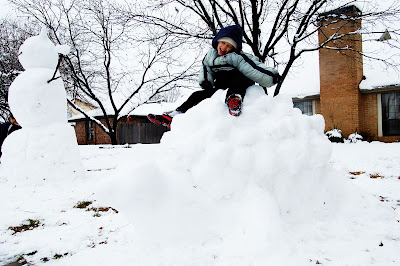 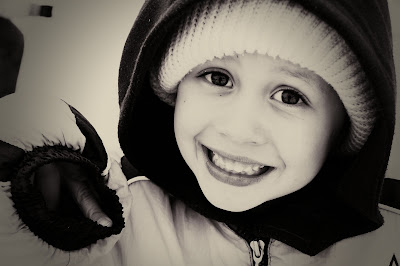 The two foot high snowtoilet (which they later turned into a snowcar):

And my favorite–the seven foot tall transgendered snowman. It started off female, 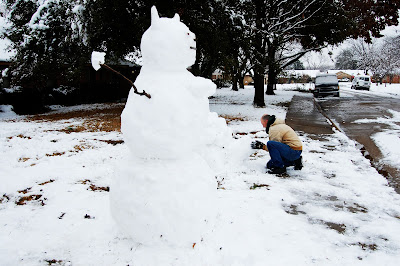 and then she got her boobs knocked off. 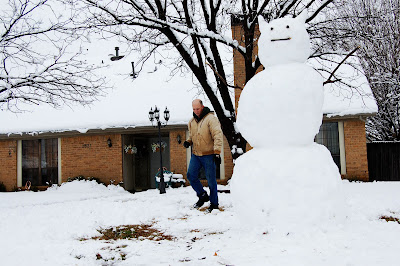 Someone said the snowboobs were totally inappropriate.

I thought it made sense since she had nuts in her eyes. They were pecans.

Even the neighbors took photos with our snow creations. Personally, I couldn’t have been more proud. Or cold. 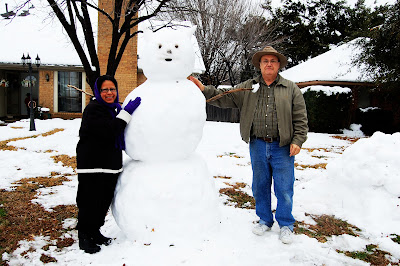 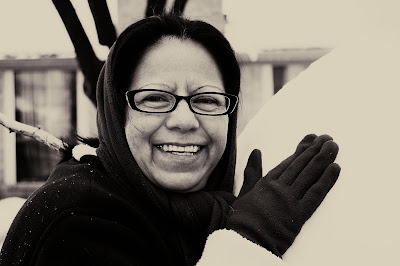