Usually it takes a couple glasses of a highly caffeinated energy drink to get me going in the morning. Some people think with envy that I am high on life twenty-four-seven when in reality I am just wired of caffeine. Okay, I am high on life too–but that orange stuff helps. A lot.

Two weeks ago, my friends over at WIRED! in Canton, Texas treated me to a morning of zip-lining which I have to admit I was afraid to attempt at first. If you don’t know what zip-lining is, it is basically hanging from a harness on a wire cable and zipping from one tower to another. Being the pansy that I am I was terrified of having to climb 100 feet in the air and then flying several hundred feet in one direction.

However, the knowledgeable staff and guides at WIRED! made me feel safe and set my worries aside which helped me to have some of the greatest fun I have had for over a year!

The short class before our adventure began taught me proper use and handling of the zip-line. The guides made sure my husband and I were both comfortable steering, braking, and trustful of the harness and cables. Once we were at ease, the guides then led us up this tower where I basically made sure I was last in line so if the cable broke I wouldn’t fall to a certain death. 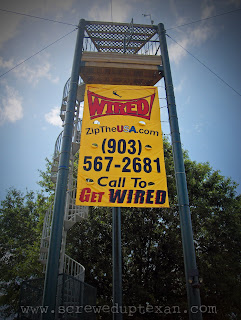 Alas, the cable didn’t snap and I gracefully zipped across it where I prepared myself for the longest zip-line in Texas at 1000 feet.

I closed my eyes. For the first five seconds.

Then I opened my eyes and, feeling like I was completely in control, zipped along to the next tower. I felt like a champion.

As we made our way down to the last cable, I felt like I had empowered myself to a new level. I had reached new heights physically and mentally. I was high on self-esteem and life and WIRED! had helped me get there successfully…without the aid of caffeine.

WIRED! can be easily  found 1 mile south of I-20 in Canton, Texas directly across from First Monday Trade Days. For more information about zip-lining or to book your experience at WIRED! check them out on their website at www.ziptheusa.com. 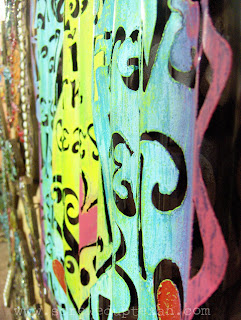 It’s those small discoveries in life that I usually remember and cherish the most–like finely minced fresh rosemary in garlic mashed potatoes and the sound of my youngest son trying out singing a popular song for the first time even if it is a Miley Cyrus ballad. Although I must admit that I do love that particular song delivered by Miss Cyrus: The Climb. Which means I now have three vocalists in my family–and unfortunately, I am not one of them.

This last weekend I received the honor of identifying two new passions. After my gracious opportunity to zip-line at WIRED! in Canton, Texas (I’ll have more on my first experience ziplining in a later post) I discovered my passion for shopping at trade shows at the First Monday Trade Days in Canton. Each of the booths were filled with eye-candy for me in the form of wares for sale by multiple vendors.

Some of my favorite items for sale include the many varieties of antiques such as these dishes: 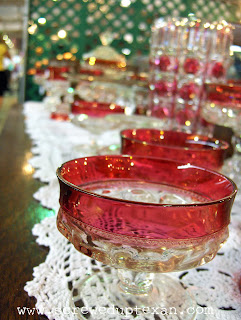 and large booths the size of rooms filled with handmade crafts like these: 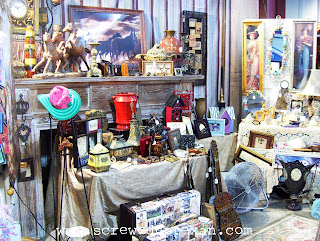 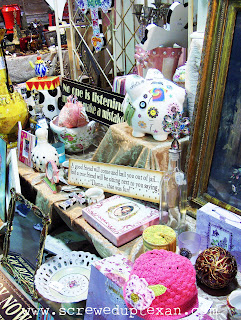 I love this handcrafted mosaic: 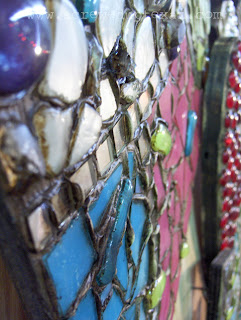 and I adore this tinwork:

Seriously, I could have gotten lost in this place. More than once I flitted with random excited fickleness as my eyes caught hold of sparkly jewelry and funky wares such as the Beer Butt Chicken Cooker: 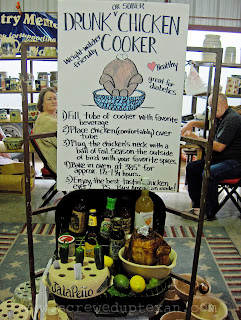 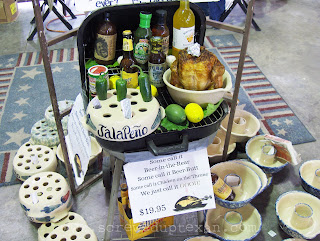 Only at a trade show is something like a Beer-in-the-Rear Chicken Cooker bound to pop up for sale (okay, I know that is not entirely true, but keep with me now). 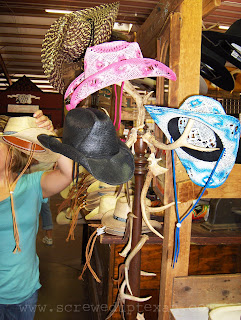 What I really wanted was one of these cowgirl hats. I picked out the blue one, but the hubs made me put it back telling me I would look silly wearing it. He’s probably right though with my big head and all–big as in circumference if you must know. Perhaps I should have tried one of these on instead? You know warmed him up to the hats? 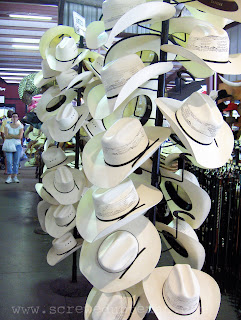 Most of all, I enjoyed myself for the day with my husband. It is one of our rare moments without the boys to spend a little together time. I think that is truly what I discovered–or rather rediscovered–is how much I enjoy being with the biggest love of my life.